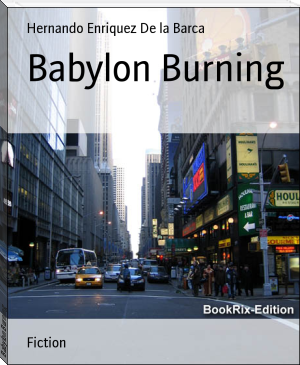 This book is the story of a young prince who fell in love with a harlot who served at the temple of the goddess Ishtar. Their romance ended up with the arrival of an unwanted heir to the throne sending the mother of the child and the future heir into exile from the kingdom of Babylon and living a life far less royal than expected away from wealth and luxury in a farming village. The story unfolds with the close relationship of the gods and the lives of the rulers of the kingdom, having an interactive relationship that influences all aspects of life and death.
The story opens up with the funeral procession of King Sibri through the streets of Babylon and describes the actions succeeding his death, the revolt of the people and the disenchantment of the gods. Mentions the arrival of the new heir of the throne and his mother in a secret way following the funeral procession, the process of the rituals and their mishaps in the city of Babylon.
The book describes the past events that led to the actual events: what happened, how it happened, who was there, what were the consequences, who said what, etc,... Mylitta, the mother of Duzi, (the new heir to the throne) is the star of the story. It is her actions and her contacts that got her son into the kingdom crown plus the fatalities of the closest of kin. The high priest and the will of the gods played a big part in this success when Militta, Duzi and Hisham, the high priest went into their temples to pray and to ask for guidance in these matters.
The angry gods appeared smiling and agreed in Duzi's succession to the kingdom with one condition: the death of the demon Pridell who inhabited the earth in the physical form of a ferocious bird-like dinosaurus, which lived in a cave seven moons away from the city of Babylon. The gods were disgusted with the demon because it would take away, steal and rapture the souls of the god's worshipers leaving them empty handed.
There is a detailed description of the battle that took place sending Duzi into victory and claiming the crown of the kingdom.
After that, Duzi travels the world learning other cultures, traditions, cuisines, music and folklore and he finds himself in Athens, Greece. He meets a mysterious man named Paul (the Jew) who prietches about an Unknown God and Duzi has a real out of this world experience with this God of the Jews, he repents, accepts the Truth and transforms his life entirely. The scales of blindness fall off from his eyes and everything he knew about good and evil is revealed to him. He returns to Babylon to find out that the entire kingdom of evil: all the deities of Babylon have declared war on him, his descendants and the people of Babylon. The gods send them a plague of blood turning the rivers into blood, Duzi prays to the Unknown God and the blood disappears. Then, the gods send them a plague of frogs, Duzi prays to the God of the Jews and the frogs die off. Then, the gods send them a plague of gnats, again Duzi prayed to