The Origins Of Contemporary France By: Hippolyte A. Taine 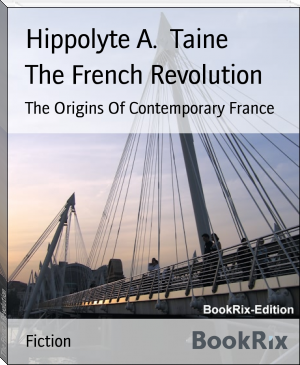 Hippolyte Adolphe Taine (21 April 1828 – 5 March 1893) was a French critic and historian. He was the chief theoretical influence of French naturalism, a major proponent of sociological positivism and one of the first practitioners of historicist criticism. Literary historicism as a critical movement has been said to originate with him.[1] Taine is particularly remembered for his three-pronged approach to the contextual study of a work of art, based on the aspects of what he called "race, milieu, and moment".

Taine had a profound effect on French literature; the 1911 Encyclopædia Britannica asserted that "the tone which pervades the works of Zola, Bourget and Maupassant can be immediately attributed to the influence we call Taine's."[2]