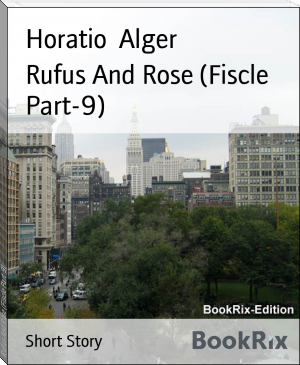 The Last Speaker Was A Stout, Well-Grown Boy Of Fifteen, With A Pleasant
Face, Calculated To Inspire Confidence. He Looked Manly And
Self-Reliant, And Firm Of Purpose. For Years He Had Been A Newsboy,
Plying His Trade In The Streets Of New York, And By His Shrewdness, And
A Certain Ready Wit, Joined With Attention To Business, He Had Met With
Better Success Than Most Of His Class. He Had Been A Leader Among Them,
And Had Received The Name Of "Rough And Ready," Suggested In Part, No
Doubt, By His Name, Rufus; But The Appellation Described Not Inaptly His
Prominent Traits. He Understood Thoroughly How To Take Care Of Himself,
And Thought It No Hardship, That, At An Age When Most Boys Are Tenderly
Cared For, He Was Sent Out Into The Streets To Shift For Himself.