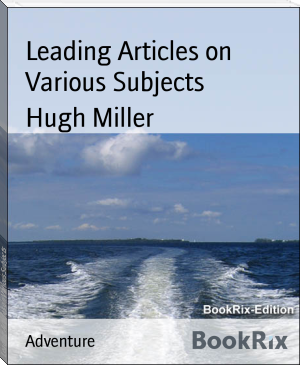 Hugh Miller (10 October 1802 – 23/24 December 1856) was a self-taught Scottish geologist and writer, folklorist and an evangelical Christian. Born in Cromarty, he was educated in a parish school where he reportedly showed a love of reading. At 17 he was apprenticed to a stonemason, and his work in quarries, together with walks along the local shoreline, led him to the study of geology. In 1829 he published a volume of poems, and soon afterwards became involved in political and religious controversies, first connected to the Reform Bill, and then with the division in the Church of Scotland which led to the Disruption of 1843.

hahaha i love this video.

The most amazing video ever love you guys.