OUT OF THE AIR 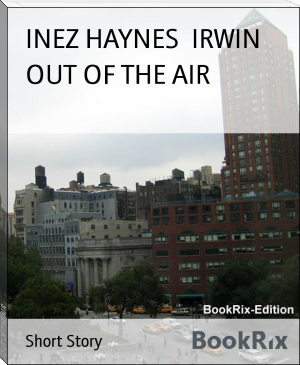 Inez Haynes Irwin (March 2, 1873 – September 30, 1970) was an American feminist author, journalist, member of the National Women's Party, and president of the Authors Guild.[1] Many of her works were published under her former name Inez Haynes Gillmore. She wrote over 40 books and was active in the suffragist movement in the early 1900s. Irwin was a "rebellious and daring woman",[1] but referred to herself as "the most timid of created beings".[2] She died at the age of 97.