The Grey Wig: Stories and Novelettes

The grey wig -- Chassé-croisé -- The woman beater -- The eternal feminine -- The silent sisters -- The big bow mystery By: Israel Zangwill 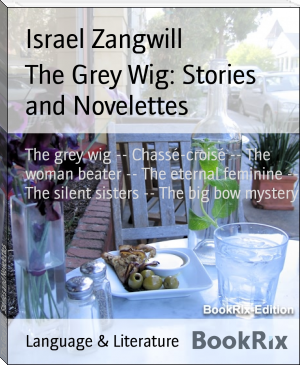 Israel Zangwill (21 January 1864 – 1 August 1926) was a British humorist and writer. Zangwill was born in London on 21 January 1864, in a family of Jewish immigrants from Czarist Russia. His father, Moses Zangwill, was from what is now Latvia, and his mother, Ellen Hannah Marks Zangwill, was from what is now Poland. He dedicated his life to championing the cause of the oppressed. Jewish emancipation, women's suffrage, assimilationism, territorialism and Zionism were all fertile fields for his pen. His brother was novelist Louis Zangwill,[1] and his son was the prominent British psychologist, Oliver Zangwill.