THE RHODE ISLAND ARTILLERY AT THE FIRST BATTLE OF BULL RUN 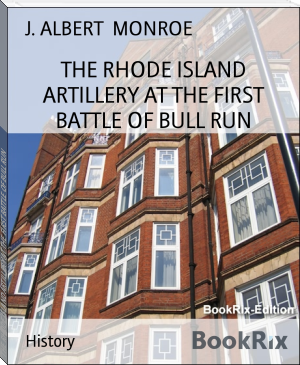 When the first call for troops, to serve for the term of three months, was made by President Lincoln, in 1861, for the purpose of suppressing the rebellion, which had assumed most dangerous proportions to the National Government, the Marine Artillery, of this city, responded cheerfully to the call, and under the command of Captain Charles H. Tompkins, left Providence, April eighteenth, for the seat of war.