Hero Tales of the Far North

By: Jacob A. Riis 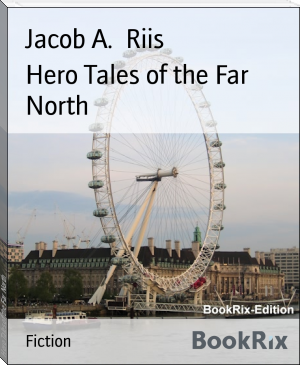 
When a man knocks at Uncle Sam's gate, craving admission to his
house, we ask him how much money he brings, lest he become a
hindrance instead of a help. If now we were to ask what he brings,
not only in his pocket, but in his mind and in his heart, this
stranger, what ideals he owns, what company he kept in the country
he left that shaped his hopes and ambitions,--might it not, if the
answer were right, be a help to a better mutual understanding
between host and guest? For the _Mayflower_ did not hold all who in
this world have battled for freedom of home, of hope, and of
conscience. The struggle is bigger than that. Every land has its
George Washington, its Kosciusko, its William Tell, its Garibaldi,
its Kossuth, if there is but one that has a Joan d'Arc. What we want
to know of the man is: were its heroes his?

This book is an attempt to ask and to answer that question for my
own people, in a very small and simple way, it is true, but perhaps
abler pens with more leisure than mine may follow the trail it has
blazed. I should like to see some Swede write of the heroes of his
noble, chivalrous people, whom lack of space has made me slight
here, though I count them with my own. I should like to hear the
epic of United Italy, of proud and freedom-loving Hungary, the
swan-song of unhappy Poland, chanted to young America again and
again, to help us all understand that we are kin in the things that
really count, and help us pull together as we must if we are to make
the most of our common country.

These were my--our--heroes, then. Every lad of Northern blood, whose
heart is in the right place, loves them. And he need make no excuses
for any of them. Nor has he need of bartering them for the great of
his new home; they go very well together. It is partly for his sake
I have set their stories down here. All too quickly he lets go his
grip on them, on the new shore. Let him keep them and cherish them
with the memories of the motherland. The immigrant America wants and
needs is he who brings the best of the old home to the new, not he
who threw it overboard on the voyage. In the great melting-pot it
will tell its story for the good of us all.

To those who wonder that I have left the Saga era of the North
untouched, I would say that I have preferred to deal here only with
downright historic figures. For valuable aid rendered in insuring
accuracy I am indebted to the services of Dr. P.A. Rydberg, Dr. J.
Emile Blomén, Gustaf V. Lindner, and Professor Joakim Reinhard. My
thanks are due likewise to many friends, Danes by birth like myself,
who have helped me with the illustrations.