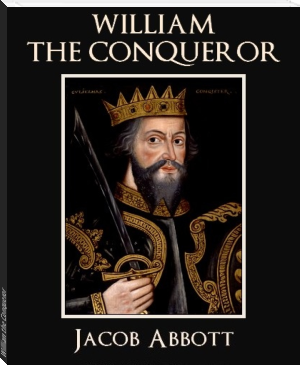 William the Conqueror was the first Norman King of England, reigning from 1066 until his death in 1087. The descendant of Viking raiders, he had been Duke of Normandy since 1035 under the style William II. After a long struggle to establish his power, by 1060 his hold on Normandy was secure, and he launched the Norman conquest of England in 1066. The rest of his life was marked by struggles to consolidate his hold over England and his continental lands and by difficulties with his eldest son.

The impact on England of William's conquest was profound; changes in the Church, aristocracy, culture, and language of the country have persisted into modern times. The Conquest brought the kingdom into closer contact with France and forged ties between France and England that lasted throughout the Middle Ages. Another consequence of William's invasion was the sundering of the formerly close ties between England and Scandinavia. William's government blended elements of the English and Norman systems into a new one that laid the foundations of the later medieval English kingdom. How abrupt and far-reaching the changes were is still a matter of debate among historians, with some such as Richard Southern claiming that the Conquest was the single most radical change in European history between the Fall of Rome and the 20th century.