A Compilation of the Messages and Papers of the Presidents: Ulysses S. Grant 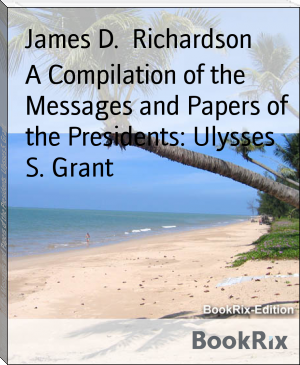 Before graduating from college, Richardson enlisted in the Confederate States Army during the Civil War, and served nearly four years. The first year he was a private and the remaining three years as adjutant of the Forty-fifth Regiment, Tennessee Infantry. studied law; was admitted to the bar and commenced practice January 1, 1867, in Murfreesboro, Tennessee. He was elected to the Tennessee House of Representatives, serving from 1871 to 1873, and then to the Tennessee Senate, serving from 1873 to 1875. He was a delegate to the Democratic National Conventions in 1876, 1896, and 1900, and presided as permanent chairman at the 1900 convention