THREE ADDRESSES TO GIRLS AT SCHOOL 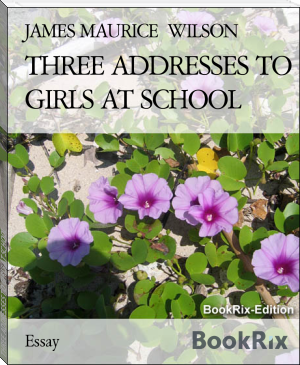 He and his twin brother Edward Pears Wilson attended King William's College on the Isle of Man from August 1848 to midsummer 1853 (his twin died in December 1856). Their father Edward, vicar of Nocton in Lincolnshire, had earlier been headmaster there.
According to his autobiography James Maurice Wilson had a rather unhappy time at King William's College. He later studied at Sedbergh School.
He entered St. John's College, Cambridge in 1855, where he was Senior Wrangler in 1859.[1] He received an MA in 1862 and was a Fellow from 1859 to 1868.