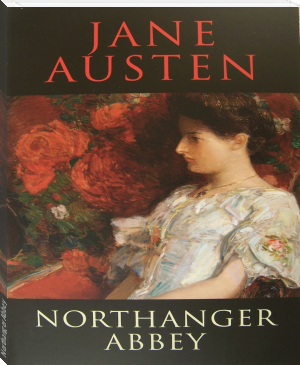 Northanger Abbey was the first of Jane Austen's novels to be completed for publication. Northanger Abbey follows seventeen-year-old Gothic novel aficionado Catherine Morland and family friends Mr. and Mrs. Allen as they visit Bath. It is Catherine's first visit there. She meets new friends, such as Isabella Thorpe, and goes to balls. Catherine finds herself pursued by Isabella's brother, the rough-mannered, slovenly John Thorpe, and by her real love interest, Henry Tilney. She also becomes friends with Eleanor Tilney, Henry's younger sister. Henry captivates her with his view on novels and his knowledge of history and the world. General Tilney (Henry and Eleanor's father) invites Catherine to visit their estate, Northanger Abbey, which, from her reading of Ann Radcliffe's Gothic novel The Mysteries of Udolpho, she expects to be dark, ancient and full of Gothic horrors and fantastical mystery. The Tilneys invite Catherine to stay with them for a few weeks at their home, Northanger Abbey. Catherine, in accordance with her novel reading, expects the abbey to be exotic and frightening. Henry teases her about this, as it turns out that Northanger Abbey is pleasant and decidedly not Gothic. However, the house includes a mysterious suite of rooms that no one ever enters; Catherine learns that they were Mrs Tilney's, who died nine years earlier. Catherine decides that, since General Tilney does not now seem to be affected by the loss of his wife, he may have murdered her or even imprisoned her in her chamber.