A New Chipmunk (Genus Eutamias) From The Black Hills

By: John A. White 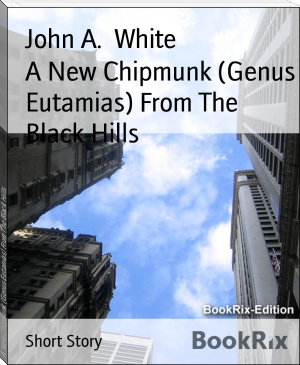