Familiar Letters of John Adams and His Wife Abigail Adams During the Revolution with a Memoir of Mrs. Adams 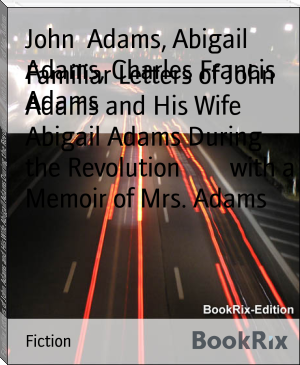 John Adams (October 30 [O.S. October 19] 1735 – July 4, 1826) was the second president of the United States (1797–1801),[2] having earlier served as the first vice president of the United States (1789-1797). An American Founding Father,[3] Adams was a statesman, diplomat, and a leading advocate of American independence from Great Britain. Well educated, he was an Enlightenment political theorist who promoted republicanism, as well as a strong central government, and wrote prolifically about his often seminal ideas—both in published works and in letters to his wife and key adviser Abigail Adams. Throughout this life, Adams was opposed to slavery, never owned a slave, and was quite proud of the fact.