A Brief History of the United States

By: John B McMaster 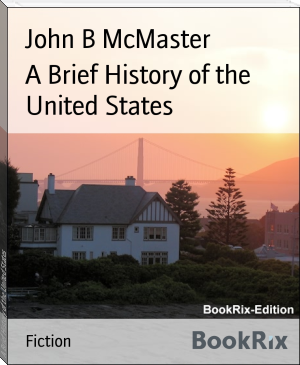 John Bach McMaster (June 29, 1852 – May 24, 1932) was an American historian. He was born in Brooklyn, New York.[1] His father, a native of New York, was a banker and planter at New Orleans at the beginning of theCivil War.[2] He graduated from the College of the City of New York in 1872, worked as a civil engineer in 1873-1877, was instructor in civil engineering at Princeton University in 1877-1883, and in 1883 became professor of American history in the University of Pennsylvania