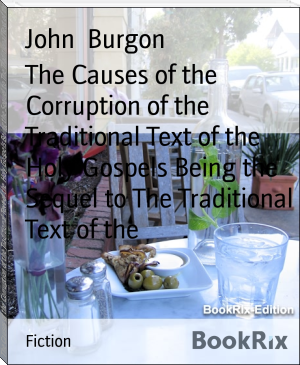 John Burgon
John William Burgon was an English Anglican divine who became the Dean of Chichester Cathedral in 1876. He is remembered for his passionate defence of the historicity and Mosaic authorship of Genesis and of Biblical inerrancy in general. Wikipedia
Born: August 21, 1813, İzmir, Turkey
Died: August 4, 1888
Books: The Revision Revised: Three Articles Reprinted from the Quarterly Review. I. The New Greek Text. II. The New English Version. III. Westcott and Hort's New Textual Theory. To which is Added a Reply to Bishop Ellicott's Pamphlet in Defence of the Revisers and Their Greek Text of the New Testament Including a Vindication of the Traditional Reading of 1 Timothy III. 16, more
Education: University of Oxford, Worcester College, Oxford
Awards: Newdigate Prize