AWD ISAAC, THE STEEPLE CHASE, AND OTHER POEMS

WITH A GLOSSARY OF THE YORKSHIRE DIALECT By: JOHN CASTILLO 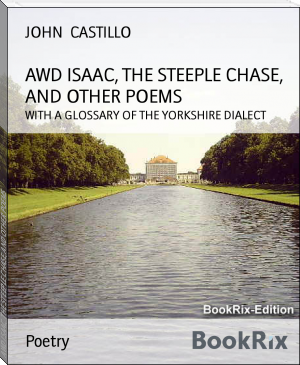 John Castillo (1792 – 16 April 1845), often referred to as the "Bard of the Dales", from his first published book - "The Bard of the Dales - Poems by John Castillo" was a poet who lived for much of his life in the village of Lealholm. Castillo's work is treasured as having recorded the ancient language of the dales from oblivion.