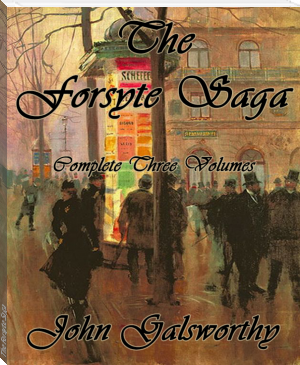 The Forsyte Saga, is a series of three novels and two interludes published between 1906 and 1921 by Nobel Prize-winning John Galsworthy.

Chronicles the lives of three generations of the Forsyte family. Vicissitudes of leading members of upper class British family. Only a few generations removed from their farmer ancestors, the family members are keenly aware of their status as "new money".

The main character, Soames Forsyte, sees himself as a "man of property" by virtue of his ability to accumulate material possessions—but this does not succeed in bringing him pleasure. Adapted by Hollywood as That Forsyte Woman, starring Errol Flynn, Greer Garson, Walter Pidgeon and Robert Young.

In 2003, The Forsyte Saga was listed on the BBC's The Big Read poll of the UK's "best-loved novel".