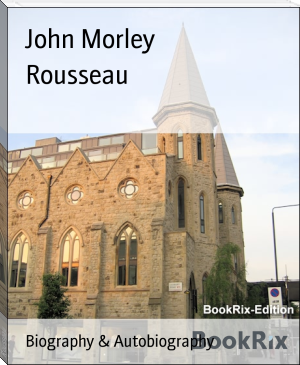 Christianity is the name for a great variety of changes which took place
during the first centuries of our era, in men's ways of thinking and
feeling about their spiritual relations to unseen powers, about their
moral relations to one another, about the basis and type of social
union. So the Revolution is now the accepted name for a set of changes
which began faintly to take a definite practical shape first in America,
and then in France, towards the end of the eighteenth century; they had
been directly prepared by a small number of energetic thinkers, whose
speculations represented, as always, the prolongation of some old lines
of thought in obedience to the impulse of new social and intellectual
conditions.