The Last Thoughts of Tony By: Jomo K. Johnson 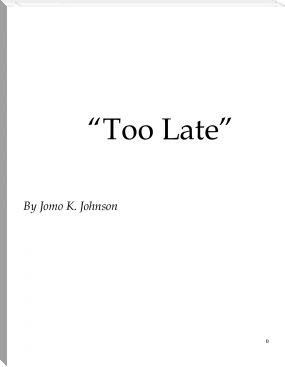 Tony and Craig have been best friends since childhood. They are loyal drug dealers that hustle in the streets while commanding respect and watching each other’s back. But when Craig gets locked up for something Tony did, the relationship changes as Craig seeks to leave his street life behind to follow Christ. Thinking that Craig’s new-found religion is only temporary, Tony hustles even harder to build a mini drug empire for them both.

With both men having their sights on different paths – one on the streets and the other on God, an unexpected visitor arrives to seal both men’s fate. They share one final conversation before realizing it’ll be the last conversation they ever have. The conclusion to this short-story should leave your heart torn.

This Book is Part of a Series "1"
All Books in this Series:
Read Book Download
Keywords:
Urban Drama
Posts and Comments