The Forest Of Swords (Illustrated)

By: Joseph A. Altsheler 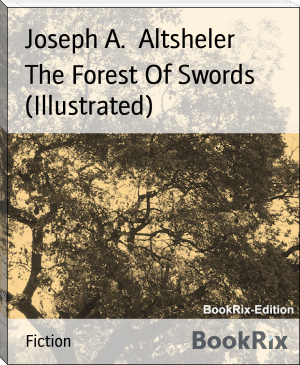 Altsheler was born in Three Springs, Hart County, Kentucky to Joseph and Louise (Snoddy) Altsheler. In 1885, he took a job at the Louisville Courier-Journal as a reporter and later worked as an editor. He started working for the New York World in 1892, first as the paper's Hawaiian correspondent and then as the editor of the World's tri-weekly magazine. Due to a lack of suitable stories, he began writing children's stories for the magazine.

Altsheler married Sarah Boles on May 30, 1888, and had one son. He and his family were in Germany when World War I began. The difficult journey home took a toll on Altsheler's health and he was never the same. He died in New York City in 1919. His obituary appeared in "The Evening World," on June 6, 1919.