The Forest of Swords (Illustrated)

By: Joseph A. Altsheler 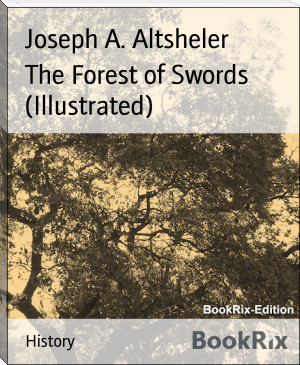 John Scott and Philip Lannes walked together down a great boulevard of Paris. The young American's heart was filled with grief and anger. The Frenchman felt the same grief, but mingled with it was a fierce, burning passion, so deep and bitter that it took a much stronger word than anger to describe it.
Both had heard that morning the mutter of cannon on the horizon, and they knew the German conquerors were advancing. They were always advancing. Nothing had stopped them. The metal and masonry of the defenses at Liège had crumbled before their huge guns like china breaking under stone. The giant shells had scooped out the forts at Maubeuge, Maubeuge the untakable, as if they had been mere eggshells, and the mighty Teutonic host came on, almost without a check.
John had read of the German march on Paris, nearly a half-century before, how everything had been made complete by the genius of Bismarck and von Moltke, how the ready had sprung upon and crushed the unready, but the present swoop of the imperial eagle seemed far more vast and terrible than the earlier rush could have been.