Book Two in the Martian Prophecies Series By: Julie Steimle 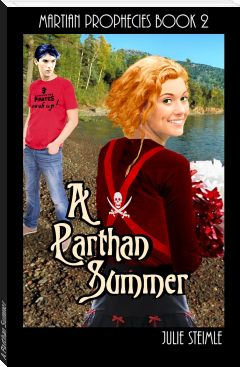 Taking advantage of the Pennington School District's summer sports camp program, Zormna Clendar decides it is wise to make some distance between herself and Jennifer McLenna's parents, at least for the summer. However, she is not allowed to go alone. Jeff Streigle, A.K.A. Jafarr Zeldar, comes along to carry out his duty to protect the possible savior that he believes is a fulfillment of prophecy.

But Jeff and Zormna's past relationship has not been forgotten, and camp does not run as smoothly as either teenager had hoped--for the FBI are not done watching the mysterious 'Irish' blonde yet.

The story is powerful; I like how it was presented. Good job writer! If you have some great stories like this one, you can publish it on Novel Star, just submit your story to hardy@novelstar.top or joye@novelstar.top