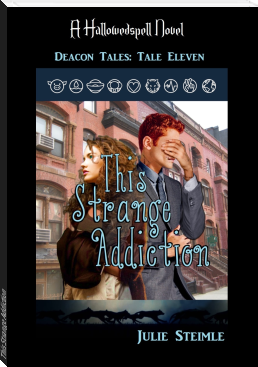 Once more Audry Bruchenhaus and Howard Richard Deacon III cross paths, only this time Audry has returned from Africa with a soon-to-be fiancee while Rick is dealing with PTSD from the disatser in Germany.

With the return of Rick Deacon to Audry Bruchenhaus's life, things get more than a little crazy. Months after her trip to Africa when she sees him again, she begins to realize that so many of her friends are connected with him and perhaps that is in fact a dangerous thing as people connected with the Deacon family have a tendency to have gruesome deaths. Also, they all tend to be people either survivors of the occult (such as her roommate Silvia Lewis--an ex-witch) or dangerous folk involved in law enforcement.

And though Rick is trying to aviod Audry to prevent his trouble spilling over into her life (as well to give her and her fiancee some space), it is a little too late. And he has decided that Audry needs a bodyguard.

But that may even be too late. She is being stalked again. And there have been some freaky murders in NYC, which all point to witchcraft... and Audry may be their next target.