The Wars of Julius Caesar 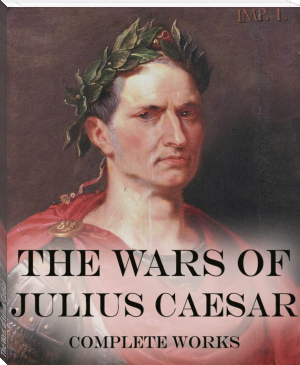 He is often considered the greatest man in history. He invented strategy and changed the shape of the Roman Empire. Julius Caesar's legacy survives not only in his conquests and buildings, but in his books as well.

"The Wars of of Julius Caesar" reunites his best known works, "The Gallic Wars" and "The Civil Wars" with the other three that are less known, but attributed to Caesar: "The African Wars", "The Alexandrian Wars" and "The Hispanic Wars", which may have been written by Aulus Hirtius. All works in this illustrated edition are translated by W. A. McDevitte and W. S. Bohn.

Beyond its importance as a source document for military and Roman history, It is also of interest because of his first-hand observations of the Celtic tribes that he was waging war on. For instance, refer to Book 6, which contains a long passage about Gaulish society, the Druids, and his famous description of the original burning man ritual.