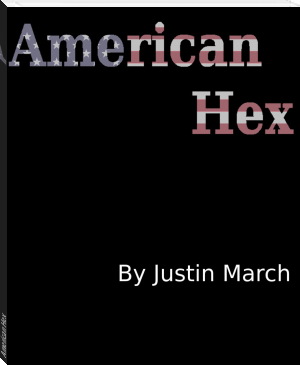 Justin March leads a boring life until he embarks on a quest to find out the identity of the elusive computer hacker known as the Judge.

In the near future, Techclon, an American mega corporation, develops cheap wireless nodes making the Internet fast, access universal, and bandwidth abundant. Techclon convinces the government to ban personal hard drives, forcing everyone to store their data over the Internet on Techclon servers. After Justin is arrested for having his own hard drive, the CEO of Techclon gives Justin a choice: work for Techclon or go to prison.

Justin’s new career at Techclon centers on catching the Judge, an amateur philosopher and a black hat computer hacker who plans to release a doomsday worm that will take down the Internet. Through online conversations with the Judge, Justin becomes obsessed. Justin's quest will sweep him to the top echelon of society and then plunge him into poverty as he seeks to figure out the Judge’s identity.

Even after the Judge is no longer a threat, Justin sacrifices everything to find the Judge because he believes the Judge is the only person who can cure his sense of alienation.

You can reach me at americanhex@gmail.com