Being normal is overrated By: KayCee R 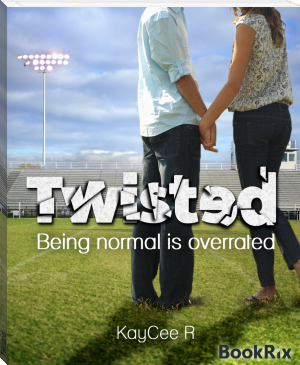 Cayden Rivers wants nothing more than to be normal, but we don’t always get what we want. For years he has been hiding a secret, afraid of being labeled a “freak”. Every day he goes to school, plays football, spends time with his girlfriend, and helps carry his drunken adopted father to bed. Nobody knows the truth about his unnatural speed and strength, including his life-long friend Camilla.

Suddenly, four strangers enter Cayden’s life, and not only do they know his secret, they also have one of their own. With their help, Cayden discovers there is more to his power, something much more dangerous. Something other people will kill to possess.

Camilla Marchetti wishes her parents were around more. She gets lonely sleeping in her big empty house night after night. Sure, she has all the money she could ever need, but the only person who is there for her is Cayden. He has his own family and a girlfriend who takes up most of his time, so Camilla knows he won’t be there for her forever, and recently he’s been acting really strange.

Will Cayden be able to keep his secret and his friendship with Camilla, or will his new found power destroy everything, including his own life?

Switching between Cayden and Camilla's point of view, Twisted will leave you aching for more.

This Book is Part of a Series "Twisted"
All Books in this Series:

Thanks you keep up the good work to

good but not my type of book :( sorry

great book..you really did a great job..wow ur an amazing writter

I read this book.... it was free when I read it. It is good though!

Sounds like an interesting book, I would love to read it but it costs money :I

Thank you :) I am really digging yours as well :)

the book is very good i just wish i didnt have to buy it to read the whole thing...

I know, but it'll be worth the 2.99 :). Plus, the other volumes are free. So It's kinda like you pay for the first one, then can read all the other ones free

I want to read this now:)