A History Of The Gordons

The Clan and House of Gordon By: Kenn Gordon 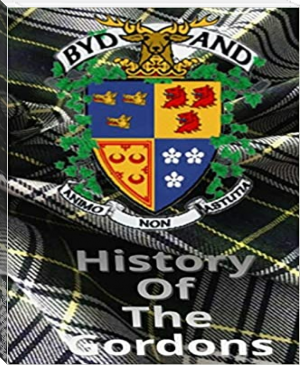 This book will take an academic look at those who are of the Gordon name and clan. There are already quite a few books about the Gordons but they either skip over the lineage or romanticise battles and positions held. There are defining traits within the Gordon DNA that much is true, however that does not always make us ‘good people’. We strive to be the absolute best, in our chosen fields. That could be taking the fore in battles or being the best musician, you can be. There are amazing acts of bravery that have been carried out by the Gordons along with substantial acts of cowardice. If that sounds like an oxymoron then you would be right, as we occupy both ends of the moral and social scales. The Gordons have fought for and against the Papacy. We fought on both sides of the Jacobite rebellion. We stood for and against England. The Gordons even as individuals have fought on both sides in World War 1 and 2. There were Gordons on either side of communism. We have been great scientists and doctors. I have one son who is a great Chef, and the other is a Quantum Physicist, whilst I am a Musician and Writer. So, we all do have a personal choice, but it is what and how you act upon us that will mark our places in the history of the Gordon name. I wrote this book in the year 2020 when the world was facing a global pandemic. Not only were our doctors and nurses fighting an invisible enemy (Covid 19) but worse was happening on the streets around the world. Racism seems to raise its ugly head when mankind is at its lowest ebb. ‘Black Lives Matter’ was a new movement. To an old problem. I feel that ‘ALL’ Lives matter. There are Gordons who are African, Indian, European, Australian, Asian, North American and South American. Those Gordons have every shade of skin colour that comes within the human range. We also follow every faith and no faith at all. If you go back far enough in any clan or race you will find some element of slavery. We Gordons have also been on both sides of that evil. We have been Slaves, Slave Owners and even Slave Traders. Slaves would normally keep their own first name but would also adopt the surname of the slave owner, hence not all Gordons are Celtic. Being involved in slavery is not a matter of pride to most Gordons, it is just a matter of historical fact. Tearing down statues or defacing buildings that bear the name of historical people, to me is pointless. It would be like tearing down the Auschwitz Museum. There was a holocaust and Auschwitz is testament to that horror and by it being there, it tells us not to forget. When people tried to tear down the statue of William Wallace saying that he was a racist. His statue is there because he fought for Scotland and its people. There were 12 presidents of the USA that owned slaves., Thomas Jefferson, James Madison, James Monroe, Andrew Jackson, Martin Van Buren, William Henry Harrison, John Tyler, James K. Polk, Zachary Taylor, Andrew Johnson, and Ulysses S Grant. You would have to tear down America and start building all over again, starting with Washington DC and the White House. We remember our history, the good along with the bad in order to learn from our mistakes.                                           Consequently, in this book you will find all the great moments in the Gordon history since 66BC all the way up to 2020. You will also find the truth and the facts that point to unspeakable acts carried out sometimes in the name of the Gordon families, other times just out of coincidence to them bearing the name of Gordon. One such example would be the Highland clearances carried out by the Duke of Sutherland whose wife was Countess Elizabeth Gordon. He committed an act of ethnic cleansing in the north of Scotland. This is not something that gives me pride, it is though part of my history and if you are a Gordon then it is part of your history, especially if you can trace your roots back, to that period in America, Canada, Newfoundland and Australia. These were the predominant areas that the crofters from the north of Scotland were forced to flee too. Gordons fought on both sides of the American Civil War. The Gordons fought during the crusades, it is even said that it was a Gordon that was responsible for the death of Richard The Lionheart.             This book is not a romanticised novel where facts are cherry picked. I have written this as a non-fiction, work and as a starting point for any genealogical work you wish to embark upon. I have taken information for many sources in order to complete this and I give thanks to the Encyclopaedia Britannica, Wikipedia, Ancestry online, The Gordon Highlanders, UK Census, as well as reading many books on Scottish History and land ownership. Long and Short of this book is that it is written by a Gordon, for all, Gordons.