The scent of the cursed blood 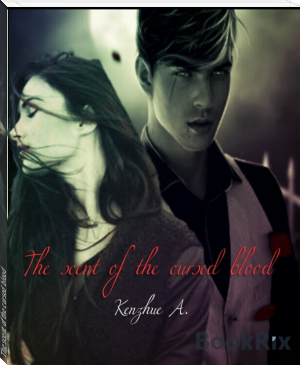 Cassidy was just an average, geeky girl, and a loner, who finally made a few friends during the start of her senior year, but was tragically sent to live on the other side of the world with her only known relative in Hampstead, North West London, when her father died from an odd animal attack during his hiking trip with some friends and her stepmother had just chosen that moment to disappear and left her with nothing. On her way to find her Aunt's place, she got lost and bumped into a strangely pale guy yet deadly beautiful who glared at her with utmost contempt the moment he laid his eyes on her. She was glad when she arrived at her Aunt's place and decided to forget about the weird guy she met. However, a few days after she started attending St. Claire Academy, a new student came and to her horror, it was the guy she had met who hated her before he even knew her and to top it off, he was in her class too! Then, news came about the mysterious disappearances and deaths, especially of young girls just after the new guy; Caleb Scovell moved to the area.

What will Cassidy do when wherever she goes, it seems like Caleb coincidentally is around too? Will she stay away from him when his piercing, icy, blue eyes compels her to go near him even if he looks dangerous?

Whoa! "The scent of the cursed blood" got #950 in Vampire category in Wattpad. That's a great achievement in spite of being a new book and the fact that Wattpad has tons of Books published every day. I hope it'll stay long, but I know it won't due to the enormous numbers of good books. Nevertheless, I'm still glad about it. :DDD

Thanks sis! Though it became #965 now.lol

Finally, I'd already edited PROLOGUE and CHAP 1. I hope there'll be no errors left. Phew! ^0^ Please take a look and if you still see some errors, don't hesitate to PM me. Thanks! <3

Please update please its a fantastic story so far

Hi! I'm focusing on updating, "My boss is my freaking ex," these days since it' has the most read and I don't have much time on my hand right now to update my other books.

plz do, thanks. oh and I love My boss is my freaking ex - its one of my top five books on bookrix. keep up great work, can't wait to read more. (;

You're welcome. ;) And, thanks as well for appreciating my books.^^

XD I'm taking a lil break from writing, but i'll update it whenever i can. (⁰▿⁰)

I'm taking a break from writing but i'll update it when i can. XD

Hey! =D
I loooved, loved, loved, loved the prologue and the first chapter!!
I can't say much about grammar but i really like your style of writing^^
And of course the cover is stunning^^
PLEASE, continue!
Lg Sage =)