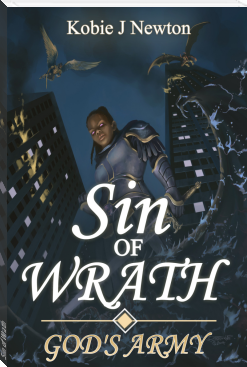 An unsuspecting window shopper is violently thrown through a department store window in downtown Chicago. Her attacker, Adalia Moore, seeks vengeance and information on the whereabouts of a missing warrior.

A news reporter and his camera man accidentally capture the incident and soon find themselves witnessing a supernatural war.

Adalia Moore is no longer the upbeat and positive teenager she once was. She’s become moody, rash and increasingly aggressive over the past few weeks since joining God’s Army. Adalia’s inability to defeat her adversary is fueling her frustration and anger. If left unchecked she may discover she isn’t that different from her adversary.

The Archangel Michael has long sought God’s permission to rescue his missing brothers form the Fallen’s domain. Since Lucifer’s failed coup, known as “The Great Fall”, God has forbade his forces from entering Hell for any reason. Now permission is granted and Michael intends to find the missing archangels at any cost.


This Book is Part of a Series "God's Army"
All Books in this Series: