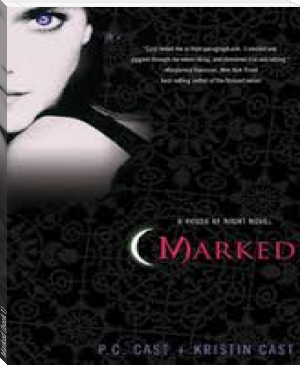 The House of Night series is set in a world very much like our own, except in 16-year-old Zoey Redbird's world, vampyres have always existed. In this first book in the series, Zoey enters the House of Night, a school where, after having undergone the Change, she will train to become an adult vampire--that is, if she makes it through the Change. Not all of those who are chosen do. It's tough to begin a new life, away from her parents and friends, and on top of that, Zoey finds she is no average fledgling. She has been Marked as special by the vampyre Goddess, Nyx. But she is not the only fledgling at the House of Night with special powers. When she discovers that the leader of the Dark Daughters, the school's most elite club, is misusing her Goddess-given gifts, Zoey must look deep within herself for the courage to embrace her destiny--with a little help from her new vampyre friends.


This Book is Part of a Series "House Of Night"
All Books in this Series:
Read Book Download
Keywords:
fantasy
Posts and Comments

arggggg SO glad I found it here the library didn't even have the full set ...
I completely love this !!!!1

lol I meant my library in my town ..

this book is spectacular. i mean i love how it talks about vampires too i love it ya'll should continue to read it