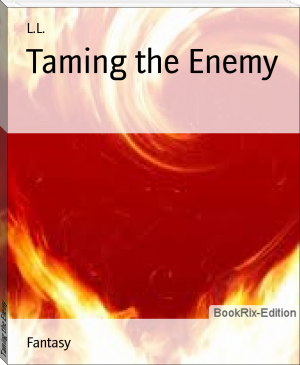 Alexa Tasso is a beautiful Grecian vampire who has traveled to the states in an effort to protect her loved ones. During her stay, she breaks into a corrupted lab in order to destroy a virus that has deadly effects.
As she sets fire to the lab, she comes in contact with a an ex-Navy seal, Gabriel Chavez.

Gabriel Chavez is ex-Navy Seal who is head of security of a lab called InGen Enterprises. One night while on patrol, he catches someone breaking and setting fire to the clinic. He's about to come face to face with his worst nightmare.

Alexa has one goal in mind, destory the lab. When her plan backfires,she finds herself in the saving arms on an unlikely hero. A gorgeous Latin man who wants nothing more to do than kill her.

As they tap dance around each other's anger, their desire for each other becomes overwhelming. And to boot, Gabriel discovers that Alexa is the key to the virus.

Thank you very much. I am working on the third installment I hope to finish it soon. Please check back for updates. Meanwhile have you read Love' unexpected Journey book 1 and The Desert Rose book 2? That's where it all begins. Happy reading.

Love it. I hope you update soon.

Thank you very much for the feedback. I am working on the third installment as we speak and hope to finish it soon. Check back for updates. Mean while have your read Loves unexpected journey book1 and The desert rose book2? That's where it all began. Happy reading! :)

I have read those books. They are awesome.

Please update. Love your writing style. Can't wait for the update. Hopefully it will arrive soon. Thank you.

This was a good story hope it will have an ending

Can u please tell me when are u going to update your book.. The other 2 write off was amazing and i love it so much please update this book soon or let me know as to when u planning to do so !!!

I hope you can post the completed book I am curious

When are you going to update.

Hi, I hope to update in a few days. Today is football day and I have a kitty who has fractured leg whom I am nursing back to health at the moment. I'll drop you a note when I update. Thanks for checking in. L.L.

When r u going to update