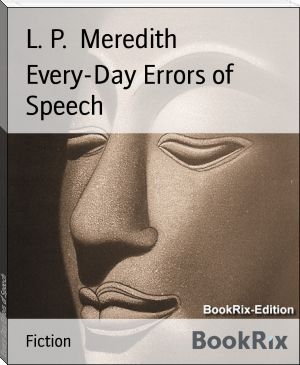 education, foreign accent, and the various corrupting influences to

which it is subjected, it may be understood wherever it is heard,

whatever differences of distance or associations may have existed

between the speaker and the listener, both claiming familiarity with

orthoepical rules of the language, there has been expressed surprise

that frequent degenerations into uncouth dialects or patois have not

occurred. A decent regard for the common weal should cause

gratification that such degenerations have not taken place, for were

against the tendency toward corruption, we might reasonably fear such

a Babel-like confusion, that, when asked, "Do you speak English?" one

might appropriately, _sans_ the profanity, reply in the language of

the text, "Not as you pronounce it: Who the deuce could?" While the

convenience, and are indifferent to any corruption, so long as they

can simply understand and be understood, there is happily a better

class, the æsthetic cultivation of which is such that those who belong

ashamed of all errors of speech in their daily conversations. For such

it will not be uninteresting to look over a number of errors,

principally of pronunciation, that are not formally laid down as such

in books, and which people, even many of the best educated, are

constantly committing, just because they have never had their

attention called to them. These errors are becoming more deeply rooted

every day and if not soon eradicated, it will not be many years before