The Mystery of my Life

who exactly am I? By: Lauren C 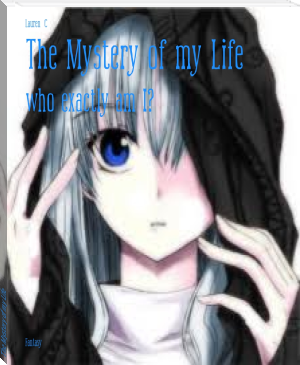 Ivy Grove is a middle school student of the age of 14. She has a strange appearance. Her hair is white as snow(not like that has anything to do with Snow White) and eyes blue like the ocean. She has an older sister and a younger sister, both annoying. Her parents died in a car accident and her family was adopted by a horrible woman named Karen Grenville. Ivy may not know it, but she has a special secret. Ivy slowly learns the secret of her birth as strange things happen, and it also seems that her friends and family aren't as they appear.

Author's Note: I'm going to continue the book when I don't have my writer's block, and when the day I finally finish this book, I'll proof-read it. Also I'm going to use bite off names of real thing in life. Ex. Mola-Mola or something :P Also, if you want me to fix the book nope! I'm just gonna write and write and write. And I think I'll add some parts and change randomly :P

That was really good u should update

hah... After 6-10 months of writer's block, I will update more! T.T sorry to those who enjoyed this book

I loved this book

All the characters in this book are made-up. But the main characters are based on my friends or part of my personality.

Heck yeah!! Wait Albert is a teacher?????
He's too stupid!! Everyday I pass him and he goes "noooob"

you should finish the book its really good

It is! but i made this book before 7th grade. Weird...

haha isnt that ur reg scedule?

good book you should finish it