A Journey to Katmandu

(the Capital of Napaul), with The Camp of Jung Bahadoor; including A Sketch of the Nepaulese Ambassador at Home By: Laurence Oliphant 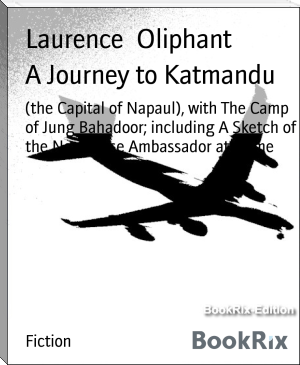 Laurence Oliphant was the only child of Sir Anthony Oliphant (1793–1859), a member of the Scottish landed gentry and his wife Maria. At the time of his son's birth Sir Anthony was Attorney General of the Cape Colony, but he was soon appointed Chief Justice in Ceylon. Laurence spent his early childhood in Colombo, where his father purchased a home called Alcove in Captains Gardens, subsequently known as Maha Nuge Gardens.