A Chair on The Boulevard 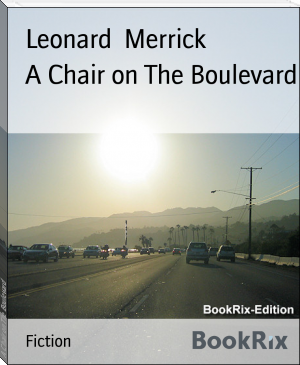 He was born as Leonard Miller in Belsize Park, London of Jewish parentage.[3] After schooling at Brighton College, he studied to be a solicitor in Brighton and studied law at Heidelberg, but he was forced to travel to South Africa at the age of eighteen after his father suffered a serious financial loss.[3] There he worked as an overseer in the Kimberley diamond mine[3] and in a solicitors office.[4] After surviving a near-fatal case of "camp fever,"[5][6] he returned to London in the late 1880s and worked as an actor and actor-manager[4] under the stage name of Leonard Merrick