A History of England Principally in the Seventeenth Century, Volume I (of 6) 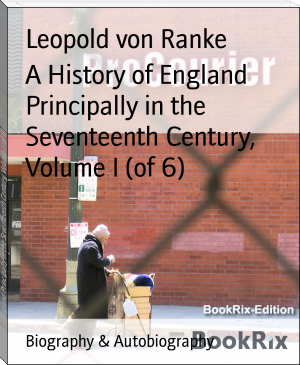 Leopold von Ranke (/ˈrɑːŋkə/;[1] German: [ˈʀaŋkə]; 21 December 1795 – 23 May 1886) was a German historian[2][3] and a founder of modern source-based history.[4][5] According to Caroline Hoefferle, “Ranke was probably the most important historian to shape historical profession as it emerged in Europe and the United States in the late 19th century.”[6] He was able to implement the seminar teaching method in his classroom,