A Tale of the Christ By: Lew Wallace 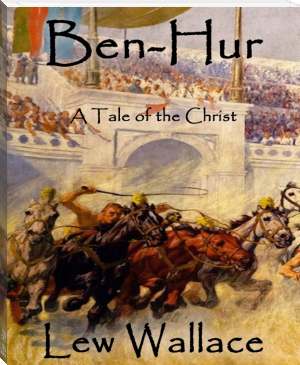 Ben-Hur: A Tale of the Christ is a novel by Lew Wallace published for the first time in 1880.

Lew Wallace (1827–1905) was an American lawyer, Union general in the American Civil War, territorial governor and statesman, politician, and author.

Considered "the most influential Christian book of the nineteenth century", it was the best-selling American novel from the time of its publication, superseding Harriet Beecher Stowe's Uncle Tom's Cabin (1852).

Following release of the 1959 MGM film adaptation of Ben-Hur, which was seen by tens of millions and won 11 Academy Awards in 1960, book sales surpassed Gone with the Wind.

The story recounts the adventures of Judah Ben-Hur, a Jewish prince and merchant in Jerusalem in the 1st century. Judah's childhood friend Messala returns home as an ambitious commanding officer of the Roman legions. During a military parade, a tile falls from the roof of Judah's house and barely misses the Roman governor.

Although Messala knows that they are not guilty, he condemns the Ben-Hur family. Judah is sent to the Roman galleys for life; his mother and sister are imprisoned and all the family property is confiscated.