A Howl In The Night 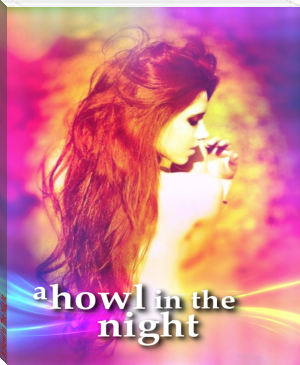 After trying to survive through endless bullying and taunts, Mona decides to end it all. On one cold winter night, she travels deep into the woods, in the midst of a horrific thunderstorm, hoping that she would perish and the awful pain would fade away from her miserable life. However, not everything works out as smoothly as she hoped. To start with, a mysterious, devastatingly handsome man saves her from certain death, introducing himself as Xavier. He tells her that he is a werewolf, and Mona is his mate.
And this is only the beginning.
She is soon thrown into the realm of the supernatural, introduced to creatures she never knew existed. Everything she thought she knew turns out to be wrong, the whole world shifting before her eyes. Will Mona be able to survive in this new, strange life she is forced to live?
Will Mona accept the fact that she and Xavier were meant to be together?
(Completed).

The ending is out, everyone! I hope you enjoy! I've loved going on this journey with you:) Please post any feedback or suggestions here or through my email rayisbeast4ever@gmail.com!

My name miss Lucy , i am looking for good relationship with you .i will be very glad to know you better, please dont reply to me on this site here , send me a reply massage directly on my email address ( londanlucy@gmail.com

READ ON OR DIE TONIGHT AT 10:35 P.M 9 years ago a person named Jerry got dared to sleep in a house that was believed haunted. The next day his friends waited for him outside the house...... They had to go inside and search for him. They went through every room exept the attic. He wasn't supposed to sleep there. He was supposed to sleep in the living room they went to the attic
. They saw Jerry's corpse and they just left... Show more

READ ON OR DIE TONIGHT AT 10:35 P.M 9 years ago a person named Jerry got dared to sleep in a house that was believed haunted. The next day his friends waited for him outside the house...... They had to go inside and search for him. They went through every room exept the attic. He wasn't supposed to sleep there. He was supposed to sleep in the living room they went to the attic
. They saw Jerry's corpse and they just left because they were scared. But that night they all died because of their friend. He killed them for making him sleep in that house if you don't send this to 11 comments you will die tonight by Jerry. Example 1: A man named Stewart read this and didn't believe it. He shut off his computer and went through his day. That night while he was in bed he heard something outside of his door. He got up to look. And now he's dead. Example 2: a girl named Haley read this in the morning and she got scared but she didn't send it. She wanted to now if it was true. She went to school (She was only 13 years old) and that night she died. If you don't post this on 11 comments Jerry will 'visit' you his isn't fake. Apperently if you copy and past this to ten comments in the next ten minuets you will have the best day of your life tomorrow. You will either get kissed or asked out, if you brake this chain you will see a little dead girl in your room tonight. In the next 53 minuets someone will say I love you or I'm sorry

This book had a really good ending, both sad and happy! I really ship Ray and Mona ;3

Absolutely LOVE this book! Sucked me right in, Thank you! Please write a sequel <3

if you want Download Fiction Books, can visit: https://ficbooks.com/

hi loved book, would love to receive update of the next book or next sequel, thanks a lot