Louis Agassiz: His Life And Correspondence 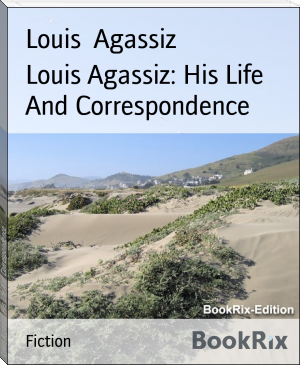 Louis Agassiz Fuertes (February 7, 1874 Ithaca, New York – August 22, 1927 Unadilla, New York) was an American ornithologist, illustrator and artist. He set new standards for ornithological art and is considered as one of the most prolific American bird artists after John James Audubon. He made thousands of bird paintings and sketches, based on studies in nature and details from fresh specimens, that illustrate a range of ornithological works. He died in a car accident near New York, shortly after returning from an expedition to Abyssinia. His name is commemorated in two species. One is a species described by Frank Chapman as Icterus fuertesi, although it is now considered a subspecies of the Orchard Oriole. The other, Fuertes's Parrot, or Hapalopsittaca fuertesi, was rediscovered in 2002 after 91 years of presumed extinction. He influenced several other wildlife artists after him, in addition to mentoring George Miksch Sutton. The Wilson Ornithological Society instituted an award in his memory in 1947.