The Great Crushing at Mount Sugar-Bag A Queensland Mining Tale 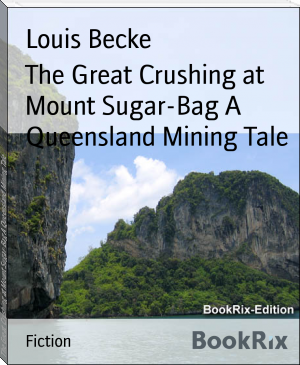 Becke was born at Port Macquarie, New South Wales, son of Frederick Becke, Clerk of Petty Sessions and his wife Caroline Matilda, née Beilby. Both parents were born in England. Becke was the ninth of twelve children and had a tendency to wander; he has stated that before he was 10 he had twice run away from home. The family moved to Hunters Hill, Sydney in 1867 and Becke was educated at Fort Street High School.

In 1869, Becke travelled to San Francisco with his brother William Vernon and was away for nineteen months. At 16 years of age, Becke was a stowaway on a ship bound for Samoa. In Apia he took a job as a book-keeper in the store of Mrs Mcfarlane which he held until some time after December 1872.[1] Becke sailed a ketch, the E.A. Williams to Mili Atoll to deliver it to William "Bully" Hayes, the notorious blackbirder.