The myth of the Jewish menace in world affairs or, The truth about the forged protocols of the elders of Zion 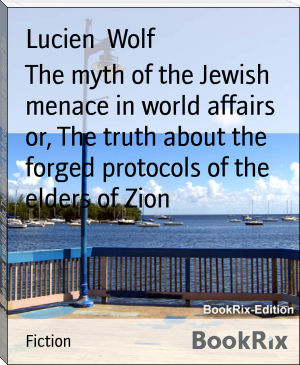 He was the son of Edward Wolf, a London pipe manufacturer, and his wife Céline (born Redlich). Wolf's father was a Bohemian Jew who came to England as a political refugee after the 1848 revolution, and his mother was Viennese.
Wolf began his career in journalism as early as 1874, at the age of 17, becoming a writer for the Jewish World and remaining at this position until 1894; from 1905 to 1908, he would later serve as its editor.