Memoirs Of The Court Of Queen Elizabeth 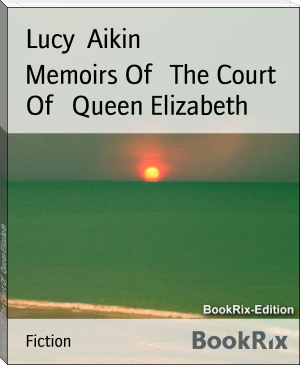 Lucy Aikin (6 November 1781 – 29 January 1864), born at Warrington, England into a distinguished literary family of prominent Unitarians, was a historical writer.Lucy Aikin was born into a family of writers, the most well known of whom was her paternal aunt, Anna Laetitia Barbauld, a woman of letters who wrote poetry and essays as well as early children's literature. Lucy's father, Dr. John Aikin, was a medical doctor, historian, and author. Her grandfather, also called John Aikin (1713–1780), was a Unitarian scholar and theological tutor, closely associated with Warrington Academy. Lucy's brother was Arthur Aikin (1773–1854), chemist, mineralogist and scientific writer; their brother Charles Rochemont (1775–1847) was adopted by their famous aunt and brought up as their cousin; he became a doctor and chemist.