A Matter of Heart 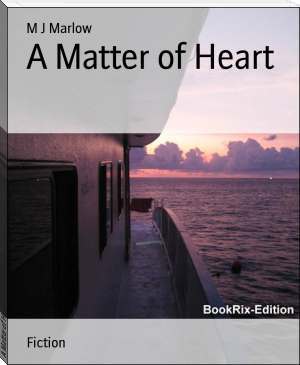 For as long as she could remember, Serenity had known she was a fish out of water. Her father was rich, powerful, and down home; her mother was a social climbing bitch. Her father wanted her to be more genteel; her mother wanted her to be a carbon copy of herself. What they had gotten was a young woman who spoke her mind, often tactlessly, and could not be bothered about such things as fashion, schmoozing and finding a man to give her the empty meaningless life she saw her mother, now on her next and third husband, apparently enjoying. Her oldest brother, Jordan, took after their father and he shared their father’s bemusement at her. Their younger half-siblings, Melisande and Gavin, took after their mother and they looked at her askance and avoided her in social situations.
So most of the time, she spent by herself doing what she wanted and avoiding the company of people she was supposed to be with. When she was in a social situation, she was there under protest at most times. She soon learned to find someone worth her time and she got quite good at avoiding those who saw her only as a means to ‘get in good’ with her father or brother.

I loved it ,it was beautifully written.