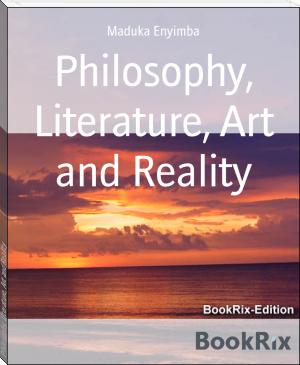 Moreover, philosophy in playing its second-order role, delves into the literary world or the discipline of literature with its philosophical paraphernalia of criticality, reflectivity, analyticity, and rigour among others, to investigate activities of literary professionals, especially as they relate to interpretation and understanding of the nature of the reality of human existential experience.

The argument here is that both philosophical al aesthetics and literature (drama, poetry, and prose) are geared toward interpretation and reflection of a people’s worldview, man’s existential experience, the nature of human society, and by extension the nature of reality in general. Thus, to succeed in its avowed aim; the book is divided into seven (7) chapters. The first and second chapters clarify the meaning of philosophy, literature, and philosophy of literature. The third and fourth chapters are concerned with aesthetics as philosophy of art, the nature of art where prose, drama, and poetry are examined as literary arts. The fifth chapter examines the role of philosophy and literary arts in understanding reality. The sixth chapter examines the nature and role of intention and analogy in the arts. The last chapter is a conclusion of all that has been discussed.

The motivation for compiling this book is to fill the obvious gap found in textbooks on Aesthetics or Philosophy of arts. No textbook written on this subject has dealt with the relationship between aesthetics and literary art and the role of literature and aesthetics in understanding and interpreting reality.

It is my sincere hope, that this book will not only fill this gap but also serve as useful material for students and lecturers of the philosophy of literature and philosophy of art. (aesthetics).