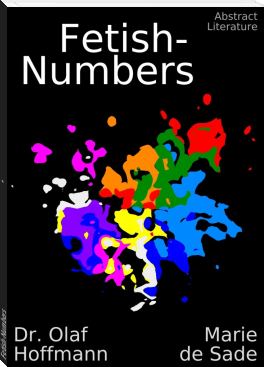 One number at a time?
Indulge in fetish without restraint?

In this extensive work of abstract literature is no lack of numbers.
Large amounts of numbers are generously given to the willing audience.
In numerous articles the secret of the passions is indulged in unrestrainedly.
The audience is allowed to pay excessive homage to the fetish, is allowed to get intoxicated unrestrainedly in opulence and abundance, to indulge shamelessly in the stream of lascivious numbers and lavish figures, to devote itself orgiastically to the erotic-bizarre secrets of fetishism.
Numbers in countless positions reveal the wild abysses of special fetishes, hidden lusts of eccentric devotion.
To revel in the abundance of numbers, to be allowed to count down to the bottom for free, that's how it should be, that's how it may be.

Those addicted to cryptology, puzzle are likewise served there fetish, up to the nervous delusion is promoted.
Where, how, through what?
Which key fits into the hole, which opens the paradise?
Every seeker may wallow in the longing for fulfilment, for such thirst is not simply quenched, it is irritated, aroused, stimulated in the intoxication of the murmur that it continues to swell to the limit of the bearable.
With the solution comes redemption, with the climax comes triumph, relief, relaxation.

This Book is Part of a Series "Abstrakte Literatur"
All Books in this Series: