A Practical Illustration of Woman's Right to Labor 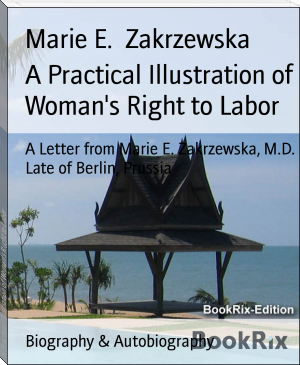 Maria Elizabeth Zakrzewska (6 September 1829 – 12 May 1902) was a German-born physician of Polish descent who made her name as a pioneering female doctor in the United States.
Zakrzewska was born in Berlin, the eldest of six children to Ludwig Martin Zakrzewski and Caroline Fredericke Wilhelmina Urban. Her father was from a noble Polish family which had lost its wealth and property to the Russians, so he worked as a civil servant.