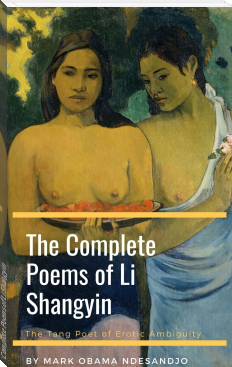 This is the first translation into English of all of Li Shangyin's poems (Tang Dynasty 813-858 AD). Li Shangyin is one of the most fascinating of poets and this book includes historical background on the poet as well as introductory and explanatory notes by the translator. For over 1200 years, scholars have attempted to understand, let alone translate Li Shangyin’s poems. At least four different schools of thought have developed. Firstly, his poems are reflections on political patrons and a failed career. Secondly, they are thinly veiled political satires of the Court and political factions. Thirdly, they are stories of actual affairs with Court ladies and Taoist priestesses. Finally, they are admirable vehicles of mystery and beauty. My interpretations include elements of all the above, but are also a synthesis of sentiments - the poet’s (as I see him) and my own, of which music is a core part. This is particularly appropriate with Li Shangyin. His poetry is a labyrinth of passionate images, almost musical in sound and sequencing. They are at once ebullient, sad, loving, hateful, spiteful, sneering, and religious - a cornucopia of musical words that sing across the ages.