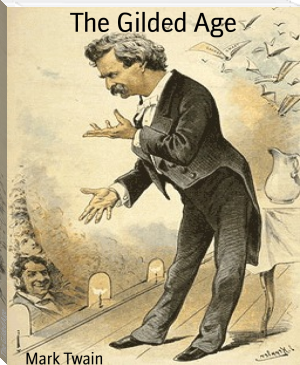 In United States history, the Gilded Age is a period approximately spanning the final three decades of the nineteenth century; from the 1870s to 1900. The term was coined by Mark TwainThe Gilded Age: A Tale of Today, satirizing what he believed to be an era of serious social problems disguised by a thin gold gilding. The theme of the novel is that the lust for getting rich through land speculation pervades society. The main action of the story takes place in Washington, D.C., and satirizes the greed and corruption of the governing class. Twain also satirizes the social pretensions of the newly rich. Although more than a century has passed since its publication, the novel's satirical observations of political and social life in Washington, D.C., are still seen as pertinent.