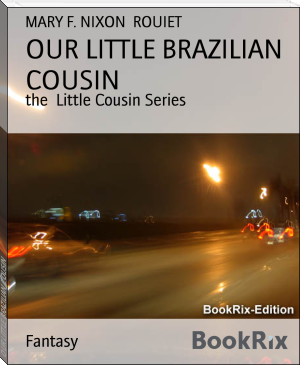 OUR Little Brazilian Cousin lives in a land not so well known as the
countries of Europe and Asia, but one of great natural beauty and charm.

Through it flows the greatest river of the world, the Amazon, whose
banks are covered with rich tropical vegetation, most beautiful to
behold. Its forests are full of birds of brilliant plumage and strange
animals, while the Indians, who were once the only people here, are not
yet all civilized.

The Little Brazilian Cousins are nearly all descended from the
Portuguese who came to this land, and made it their own, before it
finally became a republic like the United States. They built many great
cities, and have cultivated the country so that now it is becoming
rich and powerful.